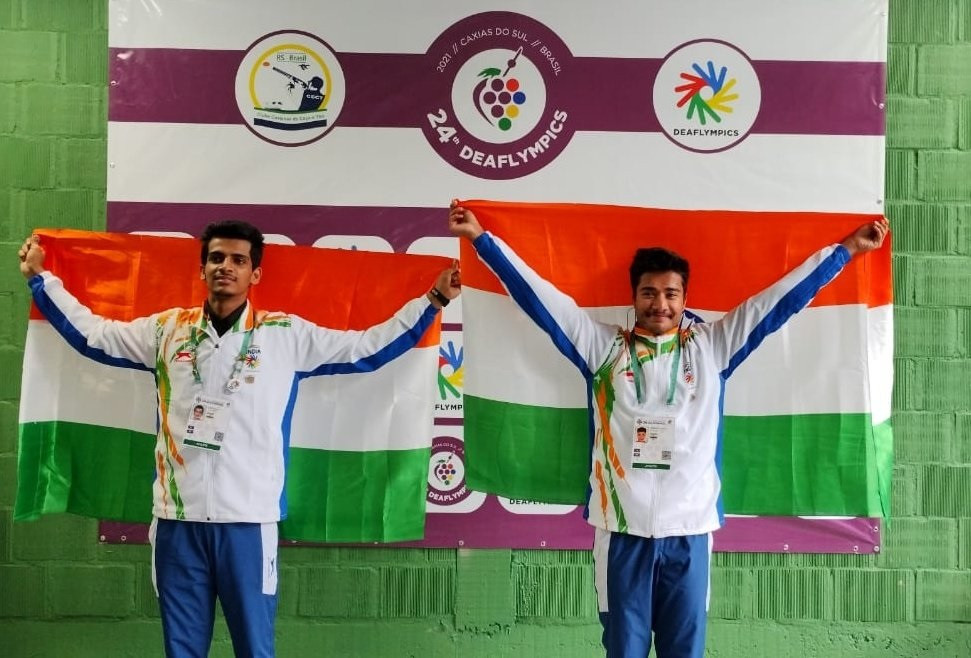 Dhanush Srikanth achieved a world record score to win men's 10 metres air rifle gold on the third day of the Deaflympics in Caxias do Sul in Brazil.

The Indian shooter registered a score of 247.5 points to claim victory, as South Korea's Kim Woo-rim came up short with 246.6.

Shourya Saini secured another shooting medal for India with bronze after scoring 224.3, pushing Marek Bartosek of the Czech Republic into fourth position with 200.

India also struck gold in the badminton team event courtesy of a 3-1 victory over Japan in the final.

Chinese Taipei achieved bronze with a 3-2 win over South Korea.

Here are the CHAMPIONS 👑 of Badminton Team event at Brazil #Deaflympics2021

Send in your wishes for our shining shuttlers with #JeetKaJazba in comments below 👇 😁 #ShareWithSAI #Badminton pic.twitter.com/I0Eo7IukRH

The men's under-100kg crown was won by Iran's Mehrdad Seidi after he overcame Maklakov Volodymyr of Ukraine.

The delayed Deaflympics is set to continue tomorrow, and is due to run until May 15.