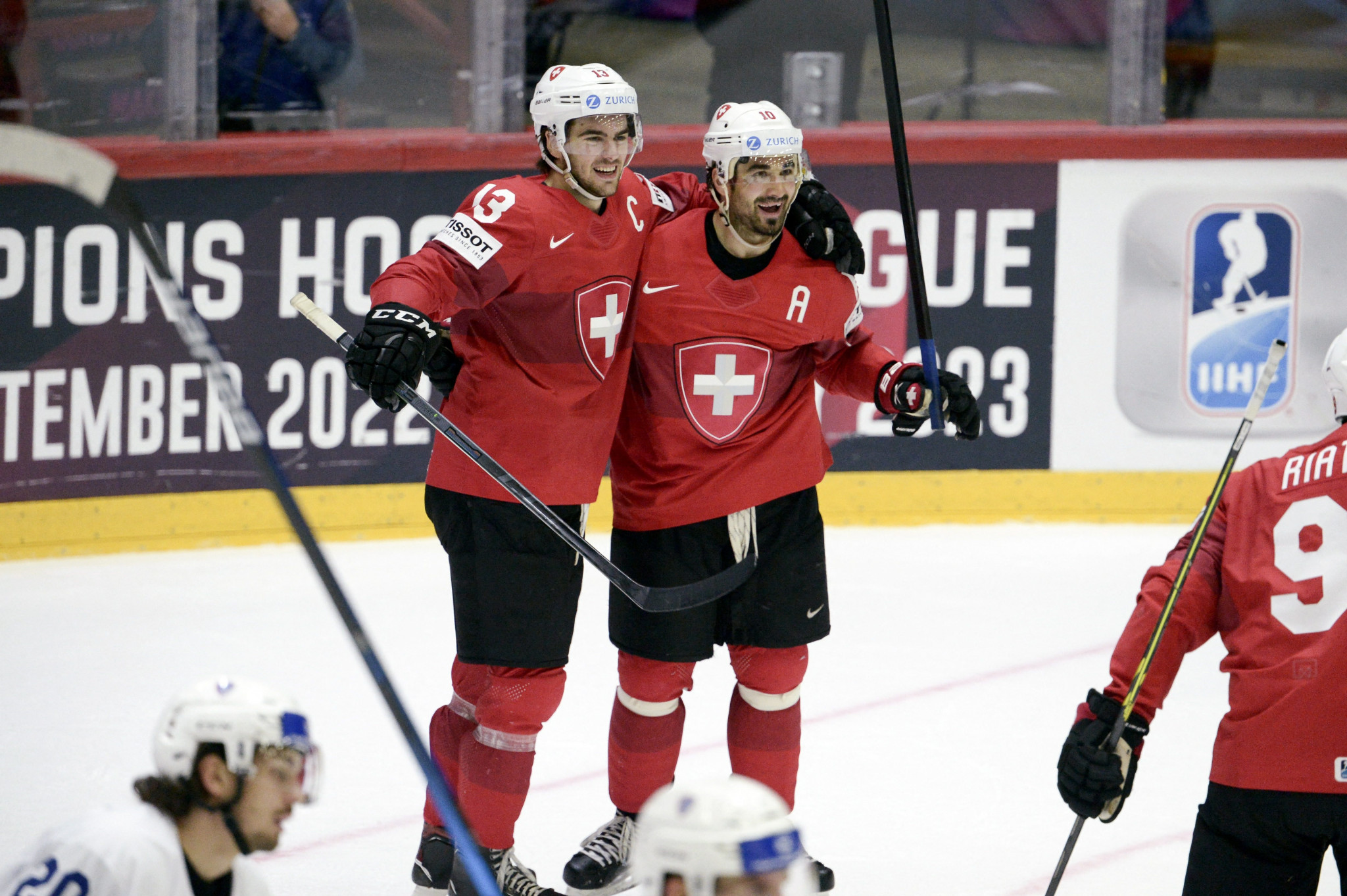 Switzerland recovered from a slow start to beat France as they kept their perfect record at this year’s International Ice Hockey Federation World Championship intact in Finland.

Goals from Alexandre Texier and Valentin Claireaux put France 2-0 in front inside the first 13 minutes at the Helsinki Ice Hall.

Switzerland had it all to do but they responded in fine fashion as Nico Hischier struck twice and Damien Riat and Dean Kukan grabbed the other to complete a 5-2 comeback triumph.

The victory keeps Switzerland at the top of Group A with six wins from six, three points ahead of nearest rivals Germany.

"We weren't as ready as we should have been to start," said Swiss forward Philipp Kurashev.

"I think we were struggling a little bit.

"They came out flying.

"They were fast at the start, but I think we responded really well in the second and third and got the win.

"We created a lot of chances in the first but we were a little too cute and trying to do too much, over-passing.

"At the end, we scored enough to win, and that's all that matters."

Germany also came through a tough test to remain on Switzerland’s coattails as they battled to a 5-4 win over Kazakhstan.

Looking good.👍 Check out the standings after day 10 at #IIHFWorlds. pic.twitter.com/K4mdQ9mBxU

There were five goals in a frantic first period with Daniel Fischbuch giving Germany a 3-2 lead after Jonas Muller and Leonhard Pfoderl also hit the target.

Roman Starchenko and Yegor Petukhov had put Kazakhstan in front on two occasions but they found themselves facing a two-goal deficit at the start of the second period.

Lukas Reichel scored to make it 4-2 to Germany before Pavel Akolzin cut the deficit to one goal for Kazakhstan.

Nikita Mikhailis levelled only for Yasin Ehliz to score what proved to be the winner.

Sweden have moved within one point of Group B leaders Finland after thrashing Norway 7-1 at the Nokia Arena in Tampere.

Rasmus Asplund and Jacob Peterson both bagged braces, while Max Friberg, Williams Nylander and Lucas Wallmark netted the others to complete the rout.

In the other Group B clash, Latvia came from 3-1 behind to beat Britain 4-3.

Brett Perlini and Cade Neilson put Britain 2-0 ahead before Oskars Batna hit back for Latvia.