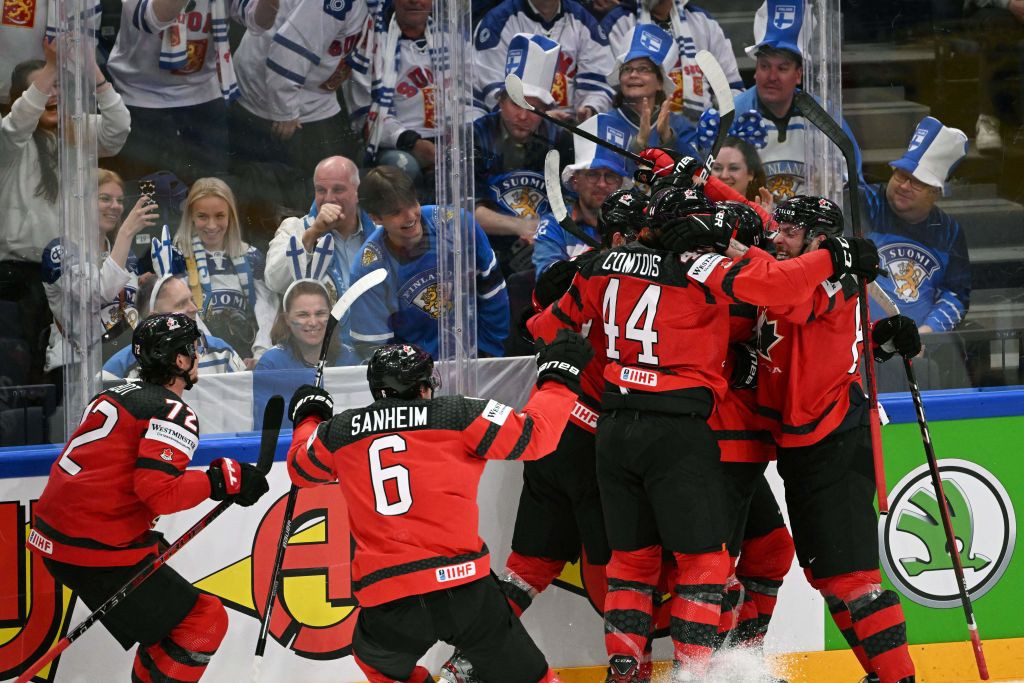 Despite their fitful start to the International Ice Hockey Federation (IIHF) World Championship in Finland, Canada are now two wins away from making a successful defence of their title after beating Sweden 4-3 in a dramatic overtime quarter-final.

Meanwhile the hosts and Beijing 2022 champions drive on in search of global home gold thanks to a 4-2 win over Slovakia which earned them a place in the semi-finals, scheduled for Saturday (May 28).

Canada were 3-0 down after the second period of their match at the Tampere Deck Arena, but found three goals in the third period to take the contest into overtime, where Drake Batherson converted a pass from Matt Barzal to score a powerplay deciding goal.

Goals from Ryan Graves, Pierre-Luc Dubois and Barzal had brought the Canadian bid back to life in the final section of normal time.

Losses to Switzerland and, for the first time, Denmark in their Group A qualifying matches appeared to signal that the nation currently tied with Russia/Soviet Union with the most number of world titles, namely 27, was on the wane.

Not so, as they now move forward to the semi-final against Czech Republic, 4-1 winners over Germany, at the same Tampere arena.

"It’s just the Canadian way: never give up," Batherson told the IIHF after the game.

"We’ve seen it throughout the years.

"We never gave up and just stuck to our game.

"Their goalie played great but we just kept putting pucks on net, managed to get a few bounces late and then win it in overtime."

Despite their historic victory, a subsequent 7-1 defeat by Slovakia meant Denmark did not make it out of qualifying.

And Switzerland, who topped their group with seven wins from seven, also found their progress coming to a halt today as they lost their quarter-final 3-0 to the United States, who now meet hosts Finland at the Helsinki Ice Hall.

Finland were 2-1 down after the first period, but won the next two 1-0 and 2-0 to progress in Tampere, with a double from Marko Anttila, plus further goals from Sakari Manninen and Saku Maenalanen.