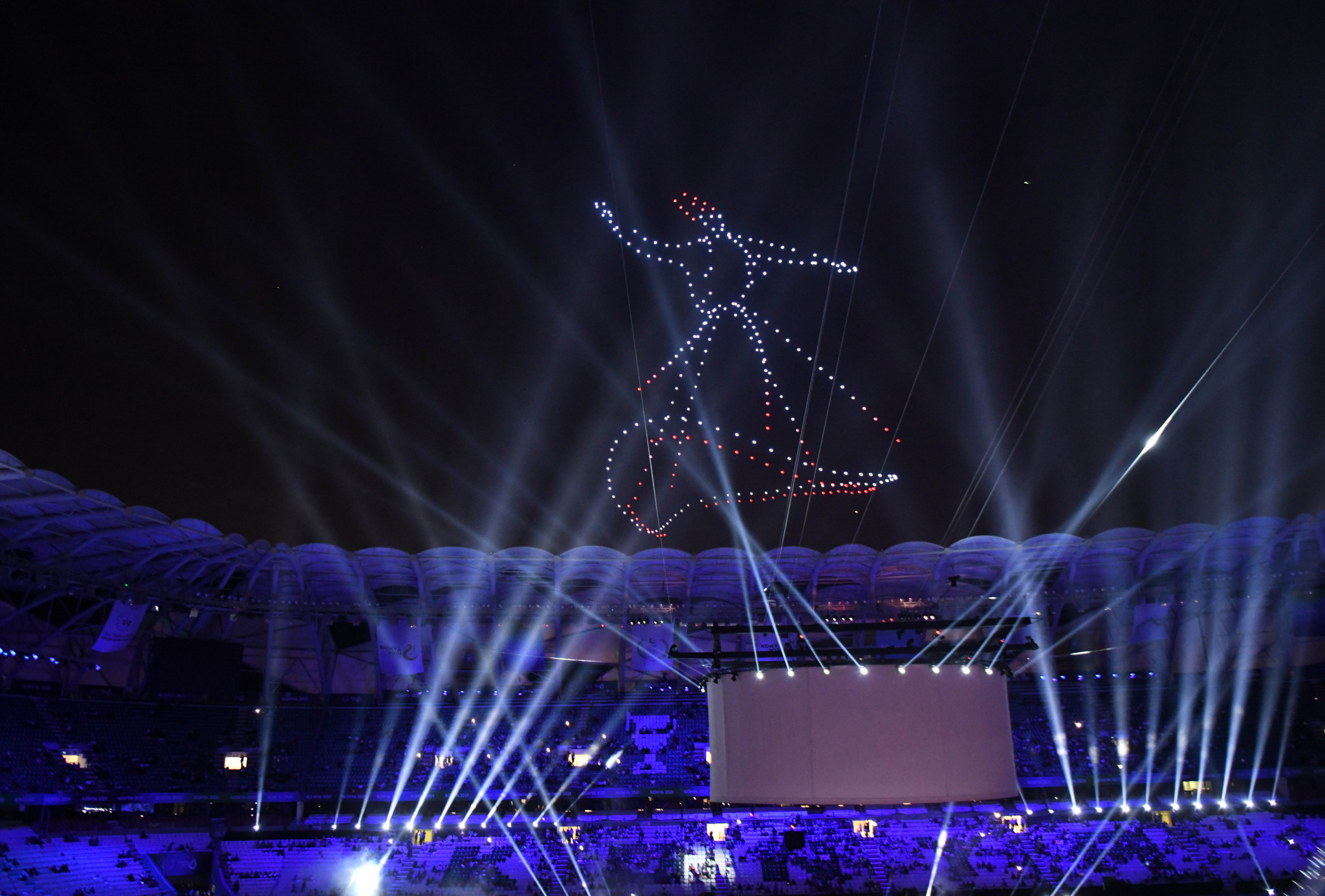 After the Games were postponed by one year, the Turkish city ensured the Opening Ceremony was well worth the wait as organisers delivered a stunning display at the state-of-the-art Konya Metropolitan Municipality Stadium.

LED lighting was used to incredible effect on the venue floor while drones lit up the night’s sky as a Whirling Dervish twirled in the air to mark an incredible opening to the fifth Islamic Solidarity Games.

Turkish President Tayyip Erdoğan officially declared the Games open as more than 4,000 athletes from 56 countries look set to compete in Konya over the next nine days.

The event was originally due to be held last year only to be postponed by 12 months to avoid a clash with the delay of the Tokyo 2020 Olympics caused by the COVID-19 pandemic.

Excitement over the staging of the Islamic Solidary Games was clear to see as fans were thrilled by a memorable Opening Ceremony.

LED lighting was central to its success, with stunning imagery of sand and sea and many references to Turkey’s history and heritage displayed on the floor as dancers performed to the changing pictures under their feet.

A series of images also featured some of Turkey’s most notable landmarks as the country hosts the event for the first time.

The stadium turned red to depict the striking colour of Turkey’s flag before the country’s rousing national anthem was blasted out by those inside the venue, building to a crescendo to ignite a firework display.

This marked the start of the Parade of Nations with Afghanistan leading the way as the countries came out in alphabetical order.

All 56 countries represented at the Games entered the arena with hosts Turkey marching last to a wall of noise as the home fans welcomed athletes.

Taekwondo player Nafia Kuş and archer Sena Keçici were given the honours of carrying Turkey’s flag.

Paralympic archer Ms Öznur Cüre and bicycle referee Serkan Karademir held the ISSF flag as they swore in the ceremony.

The LED lighting came to the fore again, displaying all 19 sports on the venue floor with performers trying out each event.

The outstanding visual effects were capped when drones came together to form a Whirling Dervish spinning in the air before turning into the Islamic Solidarity Games logo.