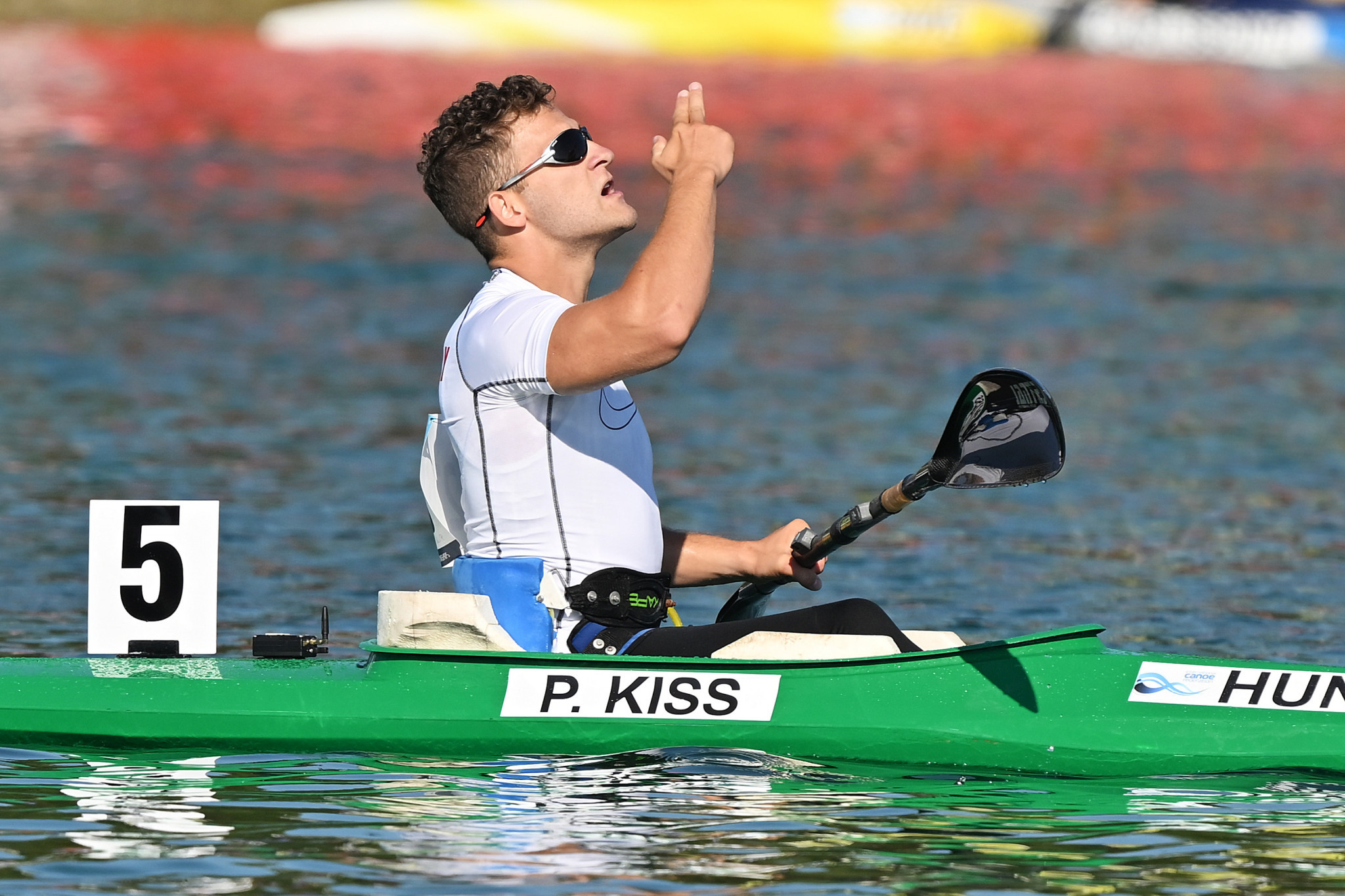 Hungary won six gold medals on the final day of competition to top the canoe sprint and Para canoe medals table at the Munich 2022 European Championships.

There was a bumper schedule of 21 finals today at the Olympic Regatta Centre, following the postponement of three events yesterday due to weather conditions.

Paralympic champion Péter Kiss provided Hungary's first victory of the day in the men's KL1 200 metres Para canoe final, winning by more than one second with his time of 46.400sec.

Esteban Farias of Italy claimed silver in 47.404, followed by France's Rémy Boullé who won bronze in 48.066.

Noemi Pupp gave Hungary their first canoe sprint gold of the day, winning the women's K1 1,000m final by just 0.266 from Poland's Justyna Iskrzycka, with her time of 4min 00.276sec.

Giada Bragato and Bianka Nagy provided a further victory in the women's C2 200m, clocking 44.066 to beat Spain's Antía Jácome and María Corbera by 0.052 and Germany's Lisa Jahn and Sophie Koch by 0.813.

The women's K2 200m title also went to Hungary, with world champions Blanka Kiss and Anna Lucz posting a time of 37.352 to beat Poland's Katarzyna Kołodziejczyk and Dominika Putto by 0.216 and Germany's Jule Hake and Paulina Paszek by 1.338.

Bence Nádas and Bálint Kopasz earned gold for Hungary in the men's K2 500m final, posting a time of 1:31.141 to stave off a challenge from Felix Frank and Moritz Florstedt of Germany, who notched 1:31.434.

Lithuania's Mindaugas Maldonis and Andrej Olijnik completed the podium in 1:32.210.

Hungary's sixth gold of the day and ninth of the Championships came in the penultimate race - the women's K1 5,000m.

Hosts Germany had six golds to their name going into the final day, but had to settle for second place in the standings as they were only able to add two more.

Francisco Cubelos and Iñigo Peña of Spain took silver in 3:14.505, with bronze going to Italy's Samuele Burgo and Andrea Schera in 3:15.062.

It was a good final day for Spain, who clinched third place on the medals table.

Joan Antoni Moreno and Adrian Sieiro recorded the first of three Spanish canoe sprint victories on the final day, posting a time of 1:44.822 in the men's C2 500m.

Wiktor Głazunow and Tomasz Barniak of Poland earned silver in 1:45.499, followed by Germany's Sebastian Brendel and Tim Hecker in 1:45.510.

In the last race of the day, María Corbera claimed her second individual gold of the Championships to help Spain finish on five in total, winning the women's C1 5,000m by almost one minute.

Britain also finished on five gold medals after victories from Laura Sugar and Emma Wiggs in the women's KL3 and KL2 200m respectively.

Poland had a fine final day with three golds.