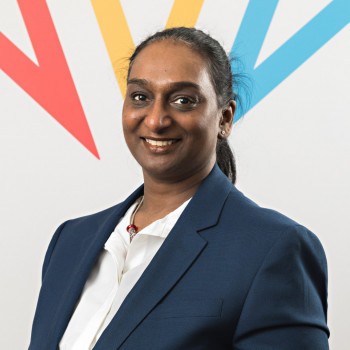 Urvasi Naidoo has been appointed as World Sailing's director of legal and governance, joining from the Commonwealth Games Federation (CGF).

She boasts more than 20 years of experience working in the sport sector, including for the Salt Lake City 2002 Winter Olympics and Paralympics Organising Committee and at the London 2012 Olympics.

She is set to remain in London for her new role with World Sailing, which moved its headquarters to the United Kingdom's capital in 2017.

The director of legal and governance role includes responsibilities for providing legal advice to World Sailing's group companies, and supporting the compliance and governance of the International Federation in all areas.

"Following three incredible years at the Commonwealth Games Federation, culminating in the glorious Birmingham 2022 Commonwealth Games, I am delighted to be starting a new challenge at World Sailing," she said after her appointment.

"It is an exciting time to be joining World Sailing, their commitment to modernise governance processes and their goals for equity, accessibility and sustainability present an exciting opportunity to shape the future of a major global sport."

World Sailing chief executive David Graham added: "The appointment of Urvasi as director of legal and governance is an important step for World Sailing and the entire international sailing community.

"Urvasi brings extensive professional experiences from across sport that will be integral to the long-term development of sailing, both commercially and on the water, as well as helping to maintain integrity of competition and the safety of sailors worldwide.

"We are delighted to welcome Urvasi to World Sailing and look forward to working together to achieve our strategic objectives."

In July, National Federations unanimously backed a proposal for the World Sailing Board to draft amendments to the organisation's Constitution at an Extraordinary General Meeting.