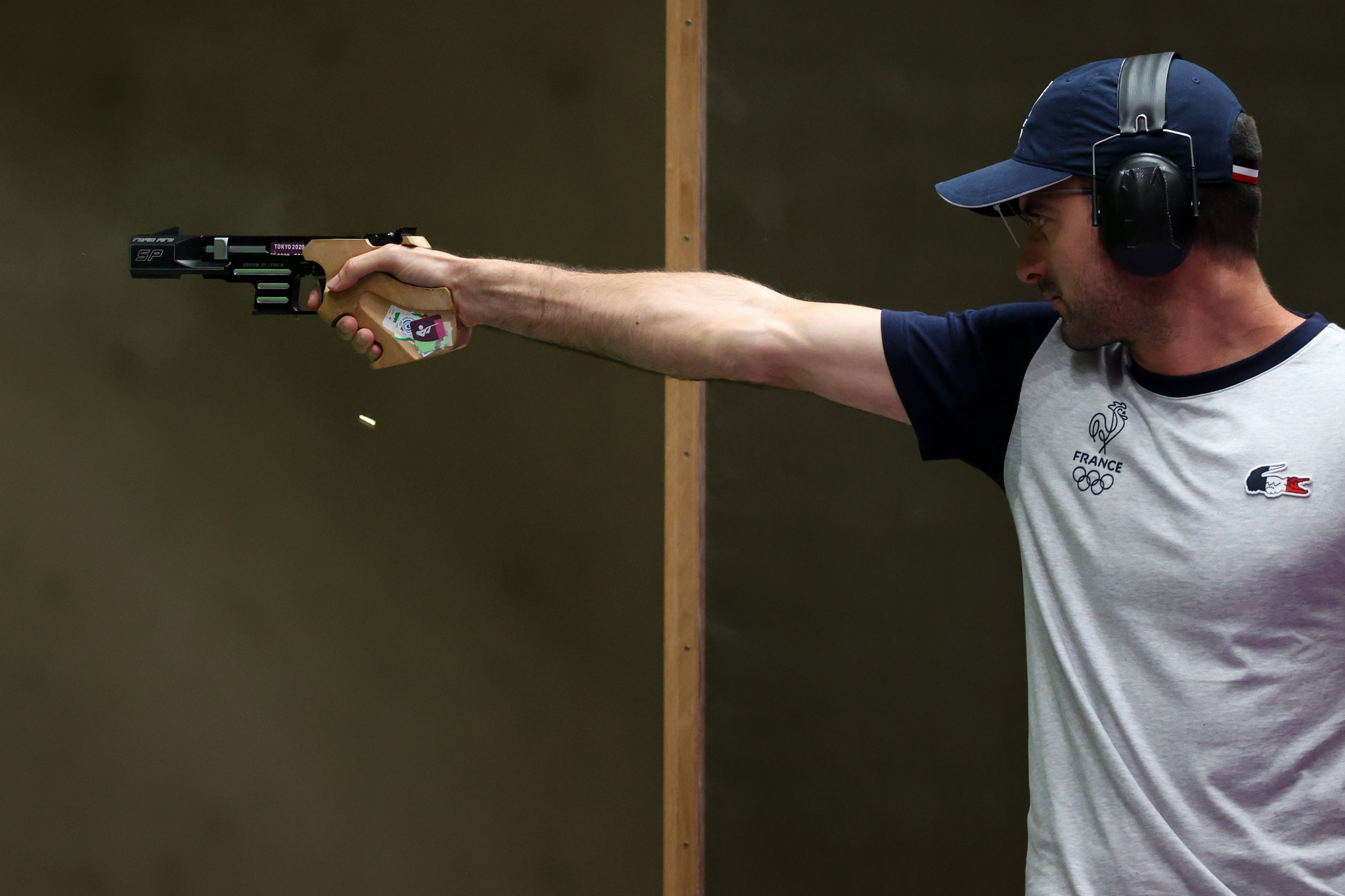 The two shooters were the most effective in the four-person final, seeing off Czech Republic's Martin Strnad and then Ukrainian bronze medallist Pavlo Korostylov.

Strnad could only total 10 points while Korostylov hit 21.

Bessaguet and Geis were neck and neck heading into the final, but one miss proved crucial for the German as his opponent completed a 30-29 victory.

Hungary's Renáta Sike managed to secure bronze for her country thanks to a tally of 17 points, bettering fourth placed Maria Varricchio of Italy by five points.

Jon-Hermann Hegg of Norway took the silver medal with a score of 14.

The competition is due to continue tomorrow with finals in mixed team 25m rapid fire pistol and women's 50m rifle three positions set to be held.