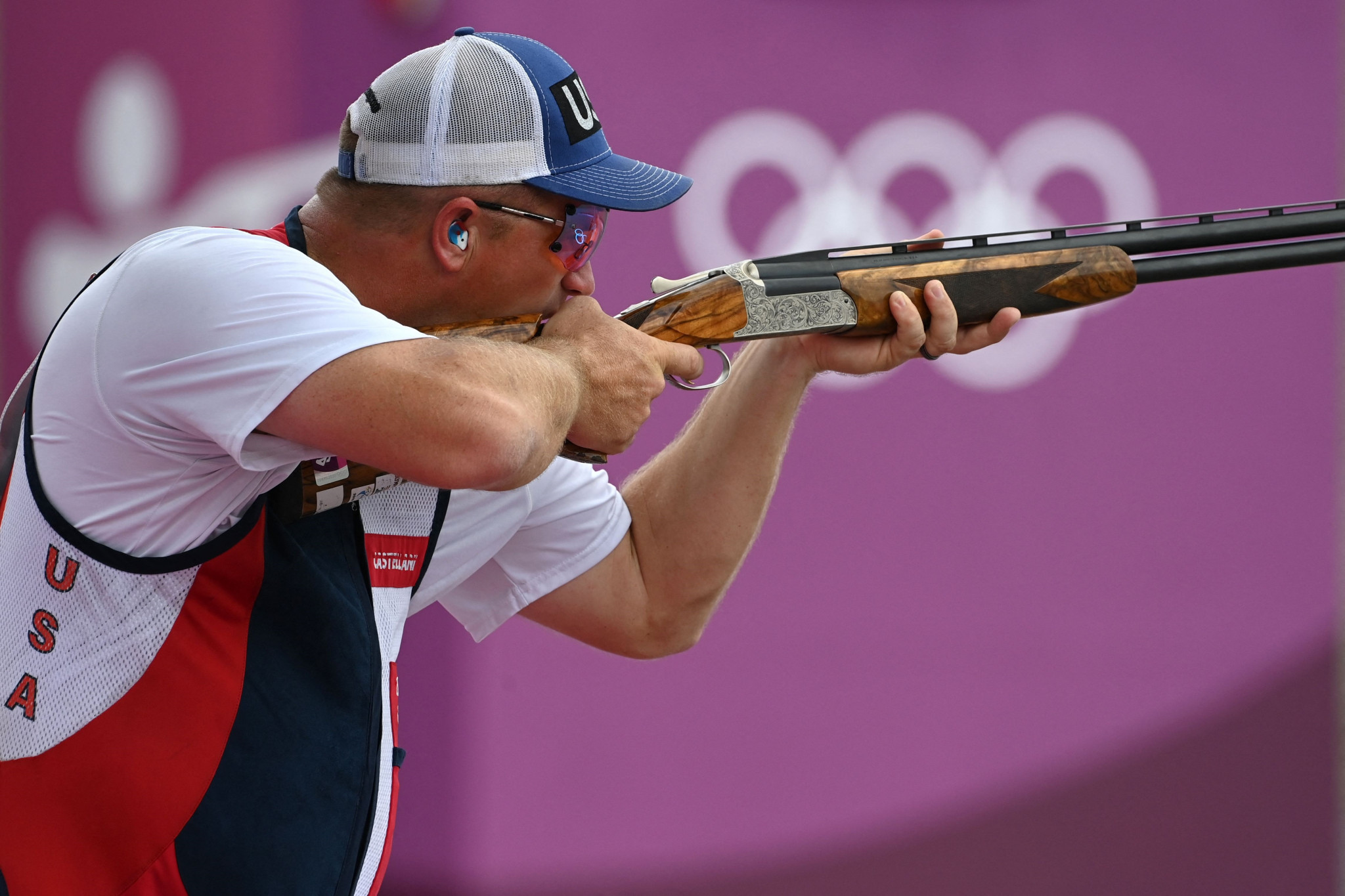 Mein struck 33 of the 34 targets, including all five in the sudden-death tie break to seal the title on the golden hit rule as the United States secured one of the four quota spots for the Paris 2024 Olympic Games.

The 37-year-old came through a tense ranking round where he missed the last three shots before delivering a nerveless display in the final.

Britain’s Nathan Hales pushed Mein all the way, missing just one of his first 25 targets before going awry twice in the tiebreak to lose 33-31 to Mein.

Having reached the final, Mendiratta sealed a quota spot for India who join the US, Britain, Chinese Taipei, the Czech Republic and Sweden in earning places in the men’s trap competition at Paris 2024.

Gálvez, who claimed mixed trap gold at Tokyo 2020, battled hard but lost 31-29 to Cormenier who proved too strong in the final.

Slovak shooter Zuzana Rehák-Štefečeková completed the podium when she struck 20 targets for bronze, while Australia’s Catherine Skinner came fourth with 10.

Competition is due to continue tomorrow with the mixed team trap final.