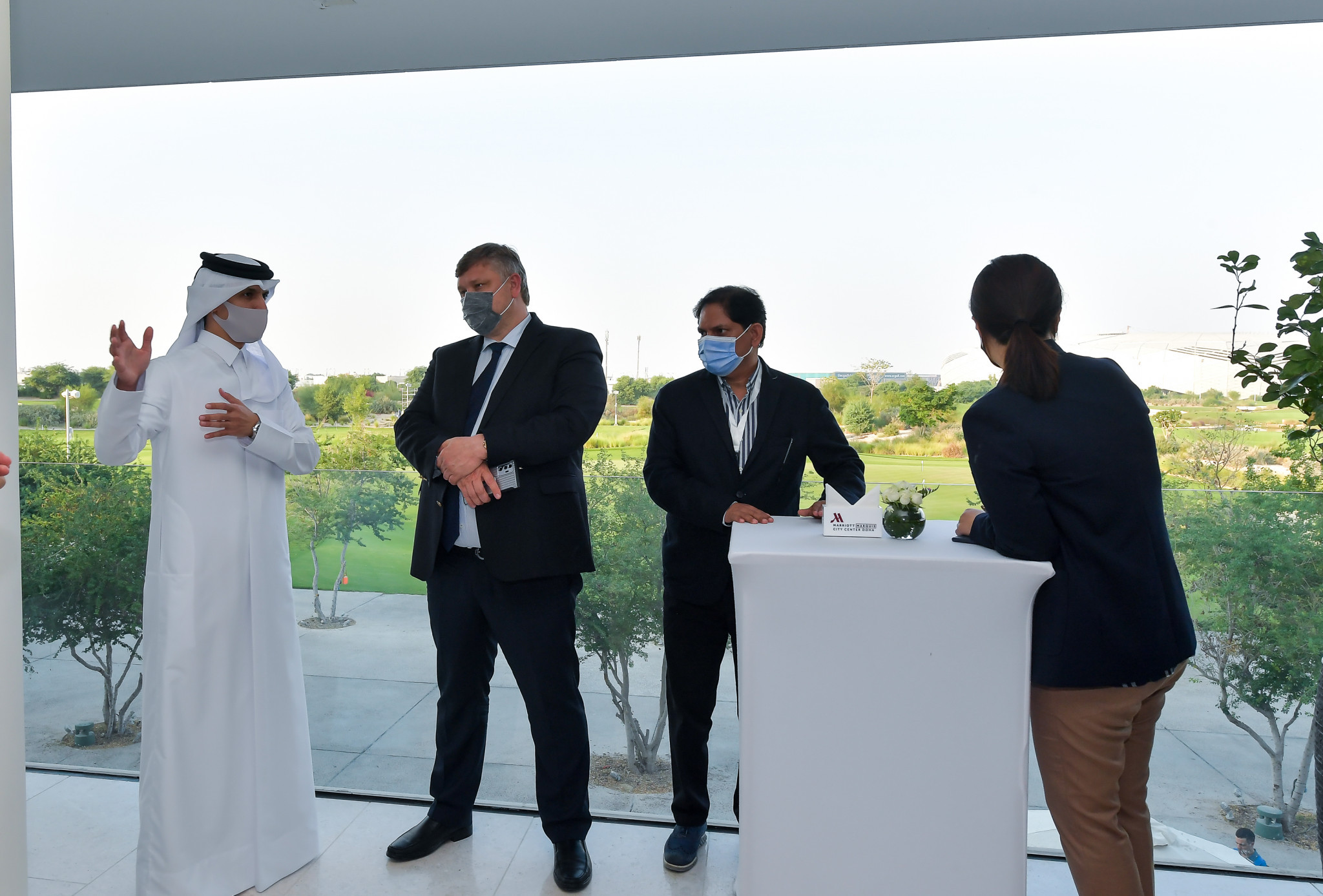 Saudi Arabia has yet to stage the Asian Games while Doha played host in 2006 and plans to use existing venues for the 2030 edition.

With Qatar and Saudi Arabia locked in a diplomatic crisis, the two oil-rich nations are fierce political rivals and battling for the right to host the Asian Games.

Yesterday saw the Evaluation Committee visit the Al Shaqab Indoor Arena, which is part of the Qatar Foundation Sports Complex and is being earmarked to host the equestrian events in 2030.

At the venue, the OCA delegation received presentations on Doha 2030’s vision, mission and "athlete-centred Games concept" as well as presentations on Qatar’s vast sport experience, according to the Bid Committee.

Sheikh Joaan said it was an "honour" to welcome the Evaluation Committee to Doha as they look to impress delegates during their three-day visit.

"As people of sport, my team cannot wait to explain our plans about the certainty and lack of risk that we are uniquely able to offer the OCA and the best athletes in Asia in 2030," said Sheikh Joaan.

"Just as importantly, is why this certainty is critical for Asia.

"What it will mean and how it will free Doha 2030 up to deliver legacy benefits for the whole of our continent like we have never seen before.

"If we are awarded the great honour of hosting the Asian Games, I can assure you that we will deliver a magical Games."

The Doha 2030 Bid Committee said the Evaluation Committee was also then taken to the home of the Qatar Foundation (QF), a non-profit organisation consisting of more than 50 groups working in education, research and community development.

Members of QF including chair Sheikha Moza bint Nasser and chief executive Sheikha Hind bint Hamad Al Thani met the delegation at its headquarters where they discussed the role Education City plays in the country’s preparedness to host the 2030 Asian Games.

The day concluded with a tour of the National Command Centre and Dhuail Indoor Arena where the Team Qatar handball team were training.

"We want to reimagine how the Games can be hosted," said Jassim Bin Rashid Al Buenain, chief executive of the Bid Committee.

"Instead of focusing on construction timelines, we would focus together on the future of sport in Qatar and in Asia.

"We want to address what is most important: delivering a legacy for Asian sport that is measured not in new venues but in better lives.

"And as the pandemic clears, we all know there will be many lives that could be helped by the benefits of sport.

"It would be our great honour to start the real work of improving those lives though sport with you, so that 2030 becomes a Gateway to a true celebration of our success in delivering a better Asia."

Qatar and Saudi Arabia are bidding against a backdrop of international criticism over their records on human rights.

The OCA is due to select its preferred host for 2030 at its General Assembly in Muscat in Oman on December 16.

The 2030 Asian Games race is a departure from the OCA's normal custom of deciding on its preferred city and electing it unopposed.