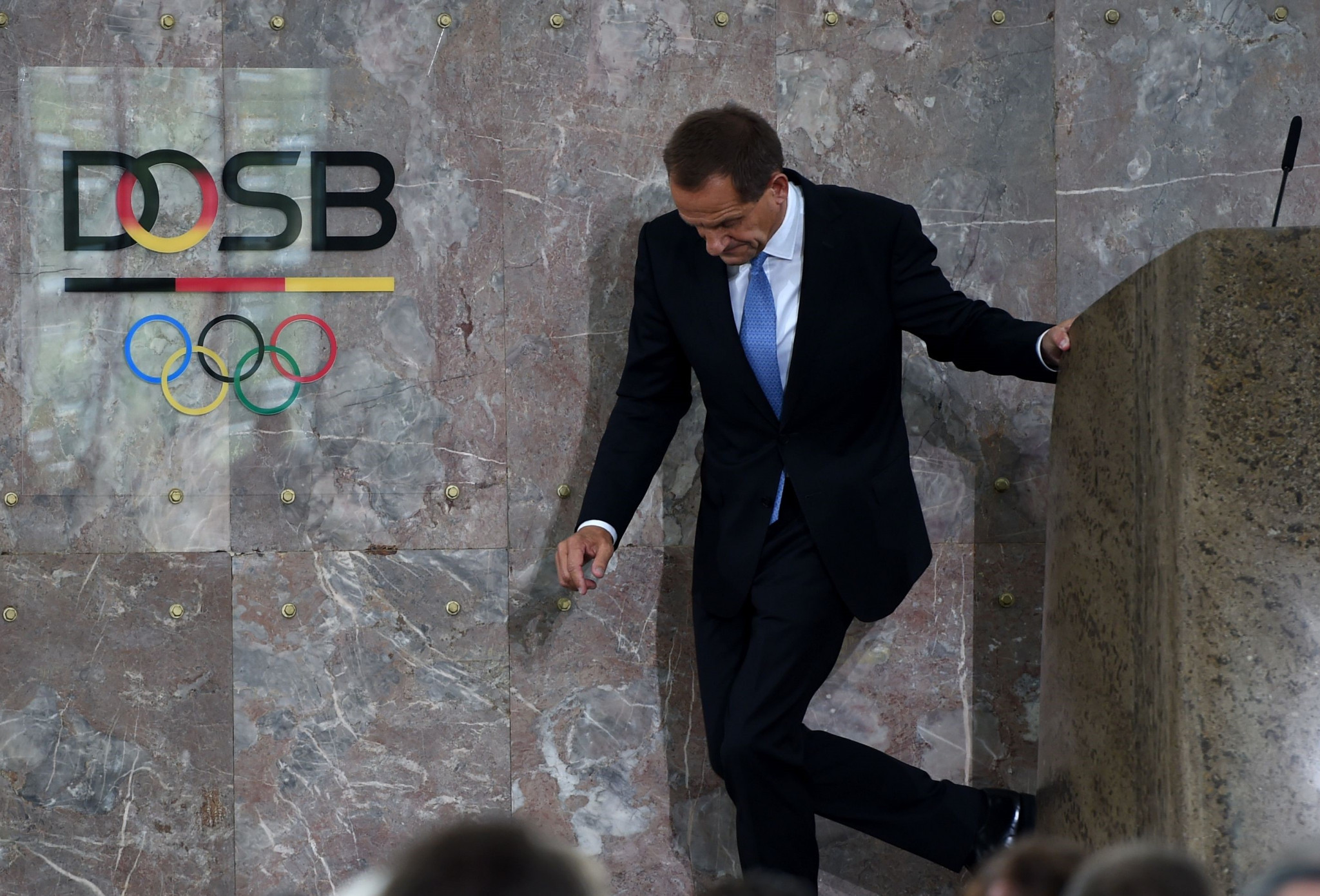 German Olympic Sports Confederation (DOSB) President Alfons Hörmann is to step down later this year, in the wake of allegations of a "culture of fear" within the organisation and in a move which avoids the Presidium having to face a vote of no confidence.

Early elections have now been scheduled for December, and neither Hörmann nor vice-president for economic and financial affairs Kaweh Niroomand will stand for re-election.

Its own Ethics Commission had urged the DOSB to hold elections in December of this year instead of 2022, and for the Presidium to submit to a vote of confidence.

The Presidium had resisted the call for early elections, instead agreeing to face a confidence vote at an extraordinary meeting after the Tokyo 2020 Olympic and Paralympic Games, but has now performed a u-turn and called off the vote of confidence, with Hörmann leaving his post instead.

Hörmann and the DOSB leadership had faced criticism from politicians, athlete groups and some regional officials for not calling early elections when the recommendations of the Ethics Commission were released.

The Ethics Commission investigation came after a letter calling for Hörmann's resignation was sent to DOSB officials on May 6.

The anonymous letter claimed that there was a "culture of fear" within the organisation under Hörmann’s leadership, with some staff said to have been brought "mentally and psychologically over the limits of what they could take".

Allegations were also made that objects had been thrown at employees, while Hörmann was criticised for having allegedly not worn a mask at meetings in breach of COVID-19 rules.

The pressure has eventually told on Hörmann, however, who said he was prioritising the "well-being of German sport" by stepping down.

"Over the past seven-and-a-half years, we as a team have given everything to professionalize the DOSB and national sport and to give it a strong voice," said Hörmann.

"We have achieved a great deal together.

"Nevertheless, I would like to clear the way for a new beginning at the top in December.

"The DOSB and the entire sport need strength and unity in order to continue to operate successfully and to represent the interests of the member organisations.

"My motivation in voluntary commitment was and is to strengthen the social power of sport, to create optimal conditions for all athletes and to actively represent and live the values of sport: fairness, respect and performance.

"The well-being of German sport must always take second place to the ambitions and goals of the people involved.

"That is why it is now a matter of organising an orderly transition that ensures stability for the DOSB and its member organisations, while at the same time enabling fair competition for people and concepts for the DOSB."

Whether or not the DOSB's other four vice-presidents decide to run for re-election will be confirmed at a later date, the DOSB said, although it would appear likely.

Petra Tzschoppe has been vice-president for women and equality since 2014.

Gudrun Doll-Tepper has vice-president for education and Olympic education since 2006.