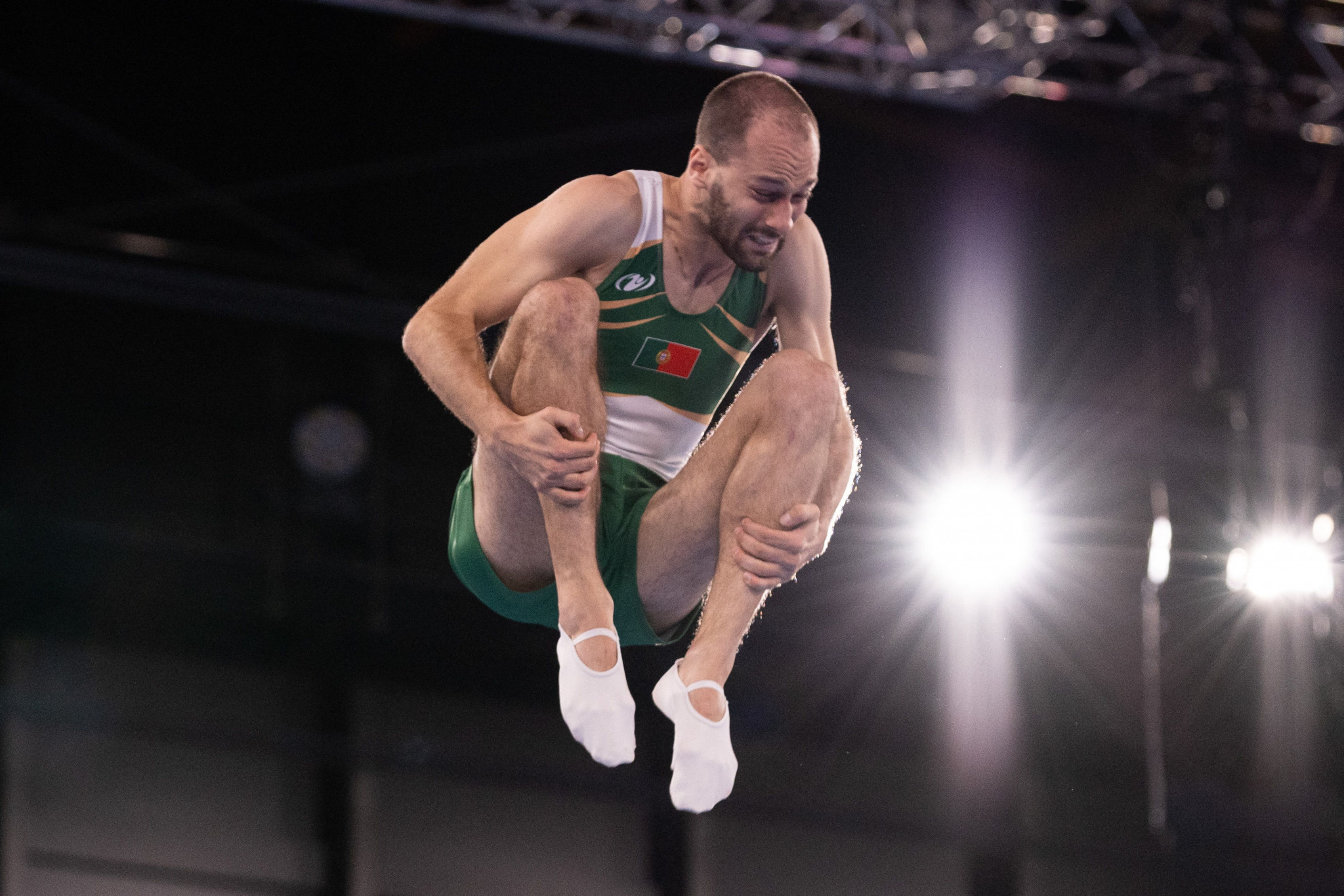 Coimbra in Portugal is set to welcome athletes from 16 countries tomorrow and on Sunday (June 26) for the International Gymnastics Federation (FIG) Trampoline World Cup which also features double mini-trampoline and tumbling events.

The largest delegation comes from the host country and features top medal hopefuls in double Olympian Diogo Abreu and 17-year-old Pedro Ferreira who were both finalists at the European Championships in Rimini in Italy earlier this month.

The pair are also due to compete together in the synchronised event at the Pavilhão Multidesportos Mário Mexia.

They face strong competition from Tokyo 2020 bronze medallist Dylan Schmidt of New Zealand who is determined to make up for the disappointment of being eliminated in the final of the last World Cup, also in Rimini, having been the top qualifier.

"Preparation has been great," said Schmidt.

"I have been training in Portugal and enjoying the weather and meeting people.

"Obviously, I’m a little disappointed with Rimini, but nothing changes for Coimbra.

Japan's Nishioka Ryusei is expected to have a strong medal chance in the event after winning silver at the 2021 World Championships.

The Japanese team is also tipped to excel in the synchronised events.

The women's individual trampoline discipline features 2022 European Championships finalist Luba Golovina of Georgia and World Cup runner-up in Baku Seljan Mahsudova of Azerbaijan who are both leading contenders for the podium in Coimbra.

Scheduled to compete in three events is the double mini-trampoline specialist and three-time world champion, Lina Sjoeberg of Sweden, who won a silver medal in synchronised trampoline at the World Cup in Baku in February.

She is registered to take part in this event with a different partner, compatriot Alva Lemoine, as well as the individual competition.

Portugal’s hopes in the double mini-trampoline rest on Joao Felix and Diana Gago.

At the recent European Championships, Felix was a finalist in the men’s event and Gago won the bronze medal in the women’s event.