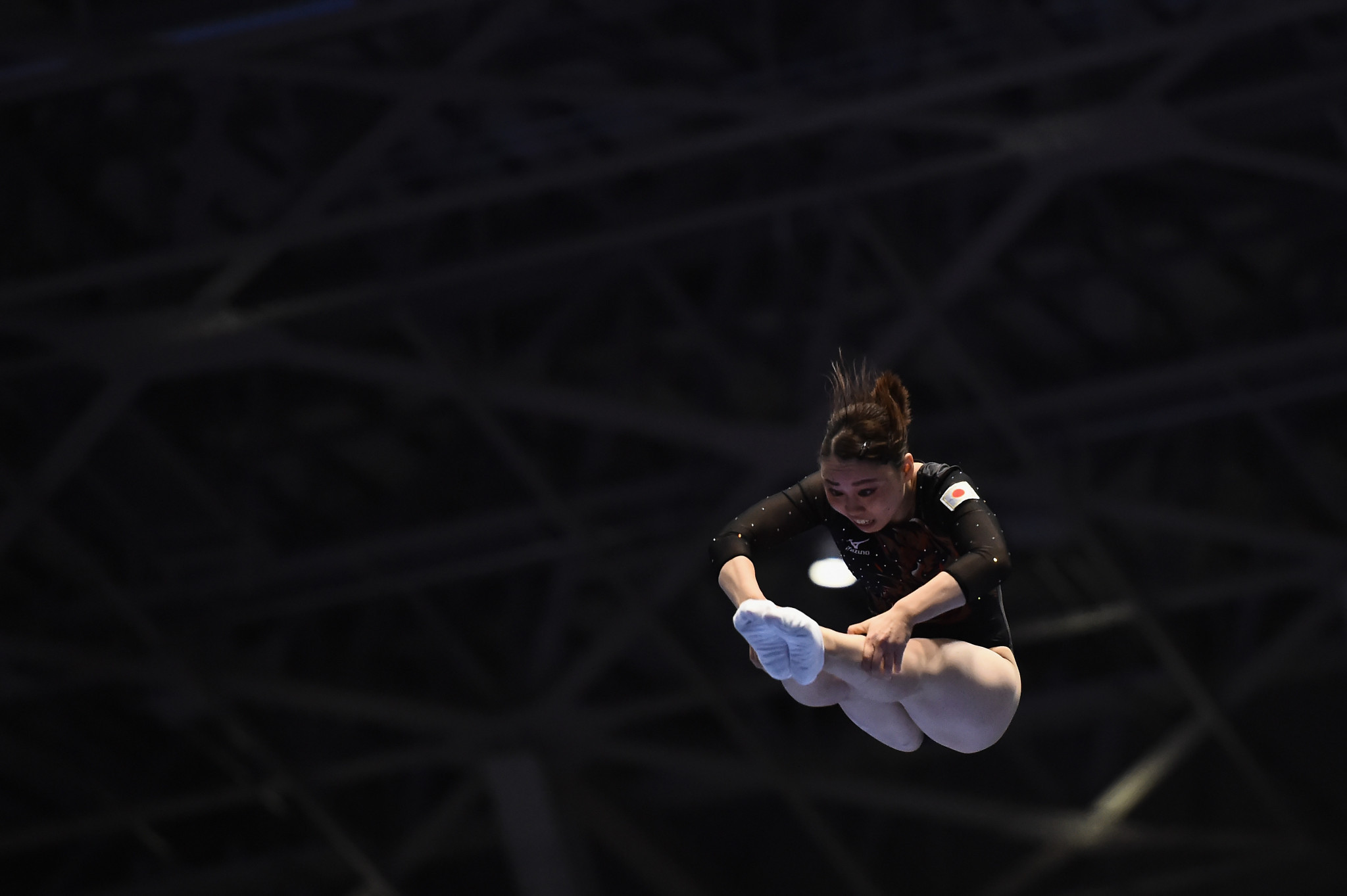 The final day of competition at the Pavilhão Multidesportos Mário Mexia saw medals decided in individual and synchronised trampolining events, plus double mini-trampoline and tumbling categories.

In the men’s individual trampoline discipline, Japan’s Ryusei Nishioka claimed gold with a score of 60.400.

The silver medal went to 17-year-old Pedro Ferreira of Portugal with 59.160, with bronze going to his compatriot and double Olympian Diogo Abreu with 58.840.

In the women’s individual competition, Chisato Doihata of Japan triumphed with a score of 56.210.

The silver medal went to Madaline Davidson of New Zealand, who scored 54.260, with the podium completed by Canadian Sophiane Metot, with a score of 53.990.

In the men’s synchronised trampoline event, victory went to New Zealand pairing Dylan Schmidt and Reegan Laidlaw, with a score of 51.180.

Silver medals went to individual gold medallist Nishioka and his partner Yamato Ishikawa of Japan with 50.060, with bronzes going to Jeremy Chartier and Remi Aubin, after they scored 48.730.

Silver medals went to Portugal’s Ingrid Maior and Sofia Correia, who scored 44.590, with bronzes going to Lina Sjoeberg and Alva Lemoine of Sweden with a total of 39.490.

In the double mini-trampoline discipline, the men’s title was won by Tiago Sampaio Romao of Portugal with a score of 29.800.

Silver went to Leuca McLeod of Australia with a total of 27.800, with Canada’s Gavin Dodd winning the bronze with a score of 26.500.

The women’s double mini-trampoline title went to Spain’s Melania Rodriguez with a score of 26.800.

Bronwyn Dibb of New Zealand took silver with a total of 25.400, while Australia’s Carina Hagarty took the bronze with a score of 24.900.

Portugal’s Vasco Peso earned silver with 28.300, while the bronze went to Kento Matayoshi of Japan with 25.900.

In the women’s tumbling discipline, Emilie Wambote of France claimed victory with a score of 24.300.

Mariana Cascalheira of Portugal earned the silver with a score of 22.700, with Japan’s Kotomi Watanabe in bronze with 21.800.